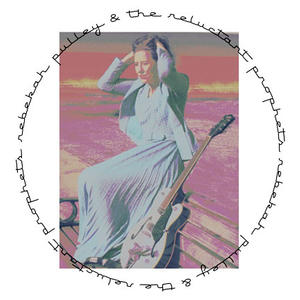 Rebekah Pulley is a St. Petersburg, FL based singer-songwriter and performer whose sultry, seasoned voice has been described as jaw dropping, with a tendency to break your heart and shake your soul. Her songwriting, live performances, and recordings have wryly evolved, tapping roots-rock, blues, old-school country & western, jazz, and even gospel earning her 6 BEST OF THE BAY awards from Tampa Bays own Creative Loafing.

Rebekah is now working on a follow up to her 2013 release, TraLaLa, which was the top played CD on her hometown station, WMNF 88.5 FM. In other places, TraLaLa reached #12 on the Freeform American Roots chart and #16 on the Euro-American chart becoming a must have for even the most discerning Americana, Alt-Country, and Folk music fans.