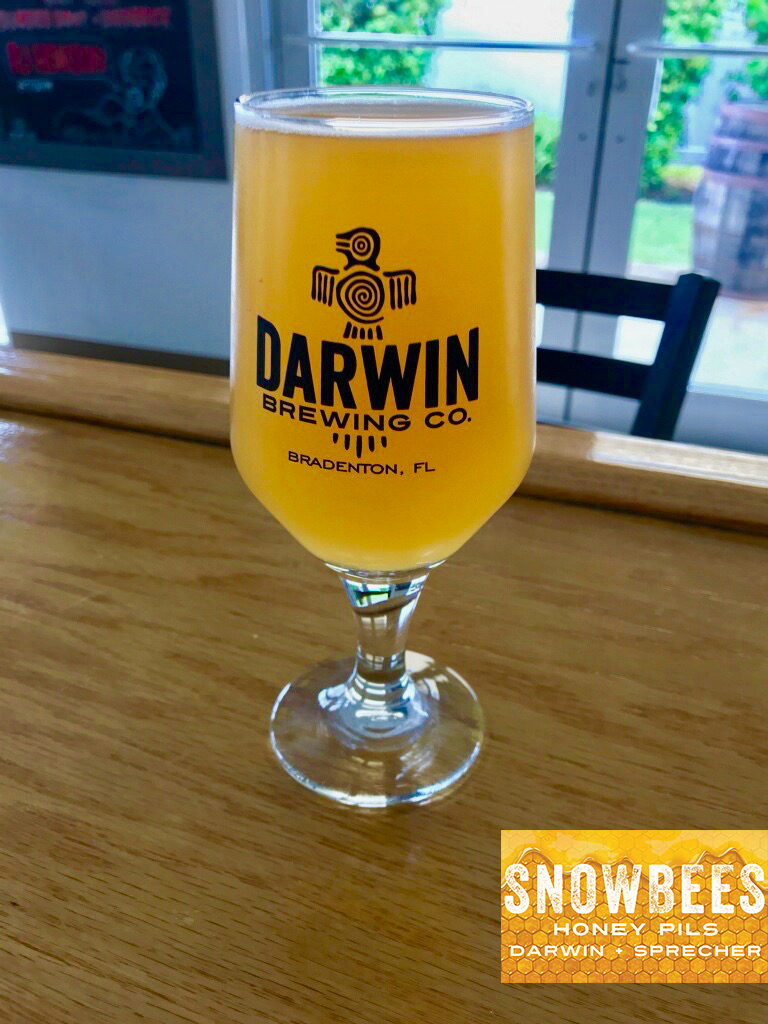 Our pal Chuck from the Pirates introduced us to his longtime friend, Jeff, who vacations in Clearwater… and happens to be the President of one of our favorite national breweries, Sprecher.

We had a great time brewing up Snowbees Pils together with our Northern friends from Sprecher Brewing.

Snowbees Pils is a Honey Pilsner brewed with Wisconsin-grown Cascade hops from a co-operative co-founded by Sprecher, and flavored with a touch of guava for a Floridian finish. “Snowbees” is a nod to the honey used, which comes from Wisconsin bees who head south for the winter to thaw out in Florida, like many other northerners we know!

This beer should hit the Taproom and watering holes near you very soon!